A Day of New Places

After a nice lie-in I was picked up at 06.15 for a trio down south. On a clear cold morning we hoped for some Owl sightings but it was not to be. After getting caught up in  traffic hell in the Bournemouth area we eventually arrived at RSPB Lytchett Fields, the first of several new sites for me. A short walk took us to the viewing areas where, amongst the few birds present we got the first year-tick of the day, a Spotted Redshank. amongst the other birds seen here were Common Redshank, Blackwit, Green Sand, and Marsh Harrier. From here we moved onto Wareham Forest where we soon got our first target bird, Crossbill but unfortunately couldn’t find a Great Grey Shrike at a nearby area. 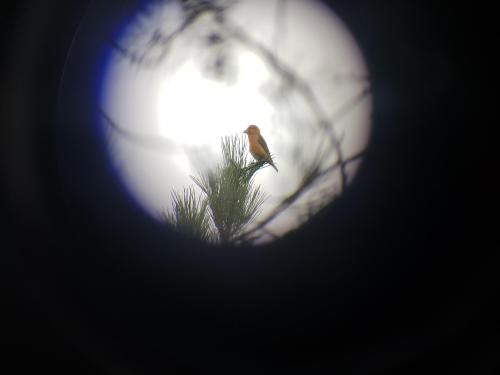 By now the skies were clouding over and at our next stop it started to rain. We were unable to find the hoped for Wood Lark so carried on to look Cattle Egret. However despite there being several around and covering all of the areas that they had been seen we weren’t able to find any. Having double-dipped and with the not forecasted rain still falling we moved onto Arne. Yet another new site for me. After a check of the busy feeders we headed off to Shipstal Point from where we added Spoonbill and Avocet to

the year-lists. In better conditions we may have stayed longer to scan the harbour but by now the thought of hot drinks took us back to the cafe. Here, two sausage baps, a scone with cream and jam along with mugs of tea soon set us up for the last bit of birding. This was what turned out to be another unsuccessful attempt at the Wood Lark and Cattle Egrets. This was followed by an uneventful and owless trip back home. In total  around around seventy species went in the book with several year-ticks for each of us. Thanks as always for Ian driving and Matt doing the species list.