Birding this week started on Wednesday with a trip to the Water Park to see if the Temminks Stint and Wood Sandpipers were still around on Pit 87. Unfortunately there was no sign of them. However it was nice to revisit this part of the Park as I haven’t covered it for quite a while. A Little Ringed Plover at Kent End was the best bird seen. The following day having finished work early I went to 87 again with the same result. Twitchers Gate did turn up my first of the year seen rather than heard Garden Warbler for Wiltshire. Friday evening saw myself and Pete heading for Savernake on the trail of the Nightjar. On the way we stopped along the Kennet at Axford where we heard Cuckoo and saw Yellowhammer, Linnet and Corn bunting. Parking on the Grand Avenue at a little before nine we both commented on how the temperature was dropping. A Hare crossed the road nearby, a deer was barking and two Cuckoos were heard. After a while a Woodcock flew over followed a little later by two more passes. Male and Female Tawny Owls were calling and also some youngsters which were quite close. We left at a quarter past ten with no sight or sound of Nightjar. Unusually no bats were seen either, maybe due to the low temperature.   On Saturday morning I went to Wootton Bassett to do some shopping so stopped for a walk along the Wilts & Berks Canal path. Plenty to see and hear with plenty of Warblers including several Whitethroat and a Willow Warbler. It seems that there aren’t that many of the latter around this year. A very confiding Heron was watched as it successfully hunted in the reeds. 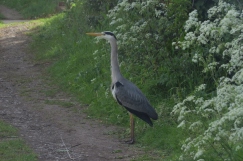 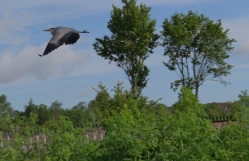 A total of twenty-four species were noted here including quite a few broods of Mallard. 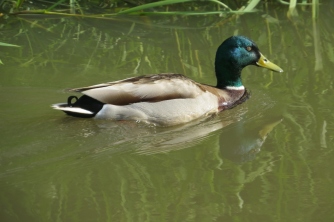 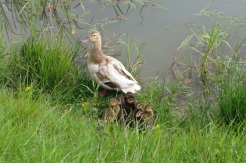 That should have been it for the day as I had planned to spend the afternoon in the garden. However a quick look at Twitter just after lunch had me heading of to the Gloucestershire side of the Water Park as a Red-necked Phalarope had been found on Lake 125. When I arrived there was just one birder there and he was on the other side of the water. After a few minutes scanning I found the bird out in the middle of the Lake. A very small bird on a big piece of Water. A great find by Ian Ralphs. This is a Sailing Lake was interesting watching the bird as it fed, apparently unconcerned by the boats passing close by. While I was here a few other locals arrived to enjoy this rarity. We assumed that it was probably the same bird as had been at Slimbridge and also as turned up in Berkshire on Sunday. S it was back to the garden and an interesting afternoon as we were clearing out an old pond. Amongst lots of Newts and Snails we also found some Dragonfly Larvae. Also seen was a colourful small moth which as I cannot find my moth book is currently unidentified and a Broad-bodied Chaser. 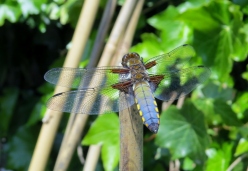 On Sunday we took the dog for a walk in Savernake. Mid-afternoon is not the best time for birds in this habitat and we only saw a few. Four Song Thrushes being the most numerous.

Working Around the Relatives

With relatives staying with us this it was to be another quiet weekend for birding. On an early morning visit to Twitchers yesterday I managed a brief glimpse of a Nightingale as it flitted around deep inside some bushes. Plenty of warblers around but Garden and Reed were yet again both heard but not seen. In the afternoon we went to Devizes and walk the Caen Hill Locks on the Kennet & Avon Canal. Birding highlight here was a Red Kite. The evening saw the return of the local House Martins with several noted overhead while we were out having a barbecue. The early morning walk didn’t happen today as I actually slept in till almost eight. A walk around Coate Water was first with nothing of note. Then we went to the Cotswold shop at the Water Park. After spending more than intended a walk around Lake 6 finally got Reed Warbler on my Wilts year list. During the walk I got a Grapevine text of Little Gull on Lake 74. So on the way home I made a small diversion. On arrival I was informed that the bird had flown across to 68. Fortunately after just a few minutes it returned giving great views directly in front of the screen. A single Hobby was another nice sighting.

Nice to be Out Again

After a few days without any proper birding I managed a trip over to Farmoor this afternoon to catch up with the Black-throated Diver that has been there for a good while. I was surprised that it has stayed so long but it maybe because it isn’t in the best of health. On reaching Farmoor I headed up to F2 where a quick scan found a group of photographers, typically situated at about the furthest point from the car park. So it was off on a quick march along the causeway. On the way I saw several Cormorants, a few Common Terns and single Dunlin and Yellow Wagtail. A Cuckoo could be heard somewhere over towards the river. The Sanderling that have been around recently had gone which was a pity. The Diver was close in to the bank taking advantage of the shelter from the fairly strong wind that was blowing. It certainly didn’t look 100% but what a stunning looking bird. Being I missed the Swindon bird a while back these were my best ever views of one in summer plumage. Also seen was a C17 heading for Brize Norton. I watched it for a while before making the trek back to the car and then home via a visit to Tescos. Oh joy. 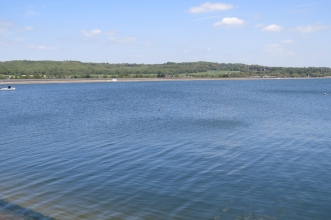 Back at home this evening a Blackbird was making the most of the evening sun in the front garden. 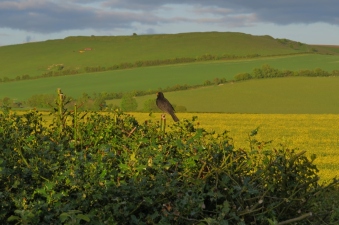 This afternoon I had just left home to take the dog for a walk on the Downs when i got a text saying there was a Spoonbill on the scrape viewable from Twitchers Gate. So it was a quick change of plan and after seeing the Spoonbill the dog and I had a walk around the Lake at Kent End. Not much seen here, a  few ducks and grebes, a single Swallow, two Lapwings and some Skylarks. This evening I fancied getting out so headed off to Savernake. I arrived at just gone eight and drove to the Column. Several Song thrushes were singing as were Dunnocks, Robins and Blackbirds. A couple of deer could be heard barking. I then headed back to the Grand Avenue and found a nice place to sit and enjoy the evening. I could hear a Cuckoo in the distance and gradually it got nearer until it landed close by giving good views. At around a quarter to nine the first bats were seen and soon after Tawny Owls started to call. The Song thrushes and Robins were still singing and the Cuckoo was last heard at twenty past nine. Young Tawny Owls could be heard nearby and just as I was getting ready to leave an adult flew over.  No Woodcock seen or heard which was a disappointment. Driving back towards the A4 a Roe Deer crossed ahead of me. On the drive home I saw two Barn Owls flying and a Badger by the roadside.

First Time on the Scillies

I have just returned from a few days on the Isles of Scilly. This was a family holiday rather than a birdwatching trip. However we were lucky that the Great Blue Heron stayed long enough for us to get to see it. We had fabulous views on our first day and a again on the penultimate one. Considering that many who made special journeys to the Island didn’t see it we were privileged to get the views we did. The species total of around fifty wasn’t helped by the conditions. We had rain on the first day and winds in excess of fifty mph on the second. This made for a couple of interesting boat trips to the other islands. Other good birds were Wood Sandpiper, Puffin, Manx Shearwaters and Arctic Skua. Non avian highlights were Red Squirrels, Seals, the outward flight on a Britten-Norman Islander, the Gardens on Tresco and our Hotel, the  Tregarthen’s which gave us great rooms, staff and food. I am not going into loads of detail about the trip but hopefully the pictures will be enough. No apologies for the amount taken of the Heron. First the view from my bedroom window. 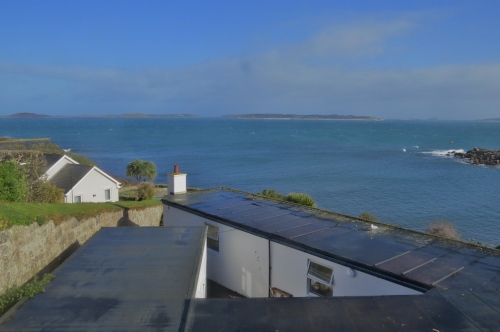 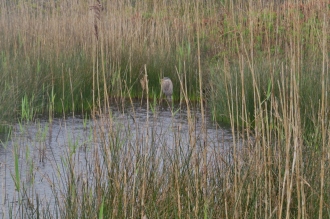 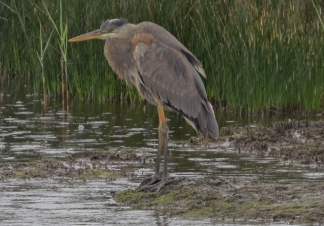 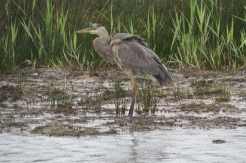 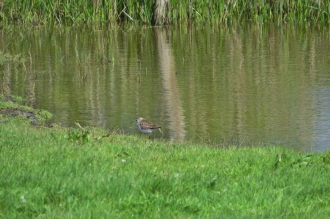 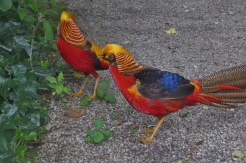 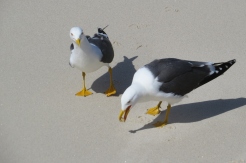 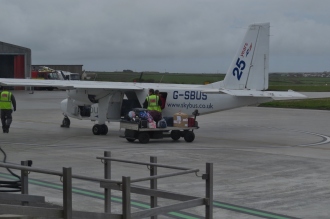 Out in the Cold

Yesterday evening while out with the dog I had a surprise sighting of a Green Woodpecker in Chiseldon. The first one I have seen here. This morning I spent an hour or so at Coate Water before I went to shopping at Tesco. Not my usual Supermarket but I had a £4 off voucher to use. Anyway back to a cold and gloomy Coate. It seemed that the birds were fed up with the conditions as well as there wasn’t a lot of birdsong to be heard. Quiet on the water with a few Tufted Duck, Gadwall, Great-crested Grebe and a few gulls along with the Mallard, Canada Geese and Swans. A few Swallows and House Martins ( a Wilts year tick)were feeding over the lake. Reed and Sedge warblers were heard but stayed out of sight as did Garden and Cetti’s Warblers. The only one that showed was Blackcap. A Reed Bunting was skulking in the undergrowth near to Hide 1 and a Common Sandpiper flew from the bank in the same area. A single Shoveler was still around as were a handful of Teal. Two Lapwings flew over as did a flock of Linnets. No Wagtails of any colour seen and I ended up with a total of thirty-two species of which around a third were heard only.