Double Dip on the By Brook

This morning I had to go to Trowbridge. Afterwards I decided to go to Box to look for Dippers on the By Brook. I parked by the recreation ground and walked down to the river. I spent about half-an-hour along the river to the west of the village but didn’t manage to see one. There were plenty of Wrens around, also Long-tailed Tit, Great Tit, Great Spotted Woodpecker, Mallard and Moorhen. 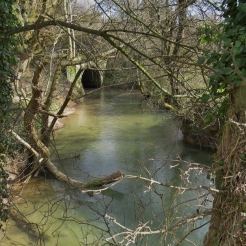 I drove down Mill Lane and parked near to the Real World Music Studios I headed off along the path to what I guess used to be the mill pond.

A Heron was perched on a branch above the water and a pair of Mallards were also here. Both Green and Great Spotted Woodpecker were heard as was an extremely vocal Nuthatch. Of Dippers again there was no sign. I soon saw the Nuthatch and then another which was taking food into a nest hole in a nearby tree.  A dogwalker came along and asked if I had seen the Kingfisher that had just flown under the bridge that I was standing on. I hadn’t as I had become engrossed in the coming and goings of the Nuthatches. Another half hour passed before it was time to move on. No Dipper and the Kingfisher did not return. However I had enjoyed watching the Nuthatches so not a wasted journey. 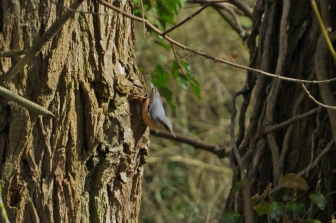 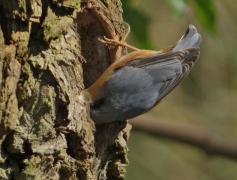 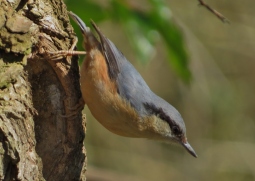